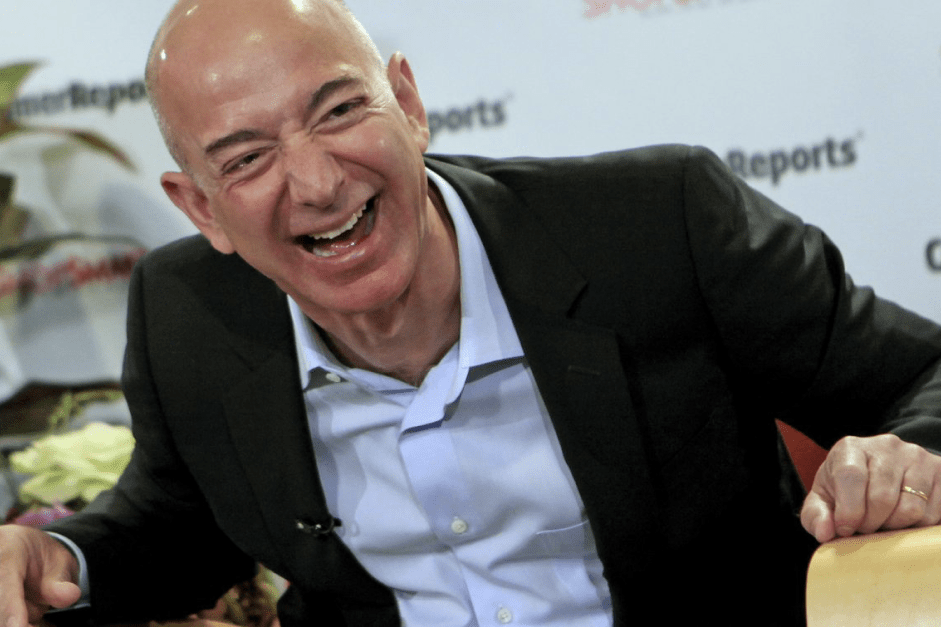 In the 3 seconds it will take you to read this sentence, Jeff Bezos made roughly $7,500. The world’s richest man, who is worth $181 billion, makes more than three times what the median US worker makes in a year after one minute passes. As baffling as this all sounds, he is not the richest man to ever walk the face of this earth.

Let me introduce you to Mansa Musa.

Mansa Musa was the ruler of the Mali Empire in West Africa from 1312 to 1337 CE. With camel-loads of gold and salt, Mansa Musa’s net worth was estimated to be around $400 to $415 billion in modern money. That’s more than double the net worth of Jeff Bezos.

Mansa was the traditional Mali title meaning “King”. Kankan Musa, or Mansa Musa, was born into the royal Keita family. The Keita dynasty ruled pre-imperial and imperial Mali from the 12th century into the early 17th century. Mansa Musa is the nephew of the legendary and first Mansa of Mali, Sundiata Keita.

The Malian Empire was one of the largest empires in West African history. At its height, it spanned from the Atlantic ocean to central parts of the Sahara desert. The empire thrived because of its dense territories rich in gold, salt, and copper. Mansa Musa capitalized on the land he had and set out to create something truly magnificent.

As the years went by, Mansa Musa expanded the Malian empire and monopolized trade between the north and interior of Africa. Mansa Musa is known for his stopover in Cairo during his pilgrimage to Mecca, which he quite literally paved his path in gold. While he was in Egypt, Mansa Musa gave out so much gold that the Egyptian economy was ruined for years and the price of gold plummeted. He even spread Mali’s fame to Europe. Tales of Mansa Musa’s immense wealth in gold began to stir the interest of traders and explorers from around the world.

Rich, famous, capitalist, and well traveled. Doesn’t that sound a whole lot like Jeff Bezos? Maybe a few other wealthy individuals too. Despite being alive hundreds of years apart, Mansa Musa and Jeff Bezos have some striking similarities.

Money is the obvious connection. But the way they grew their empires is quite similar. Mansa Musa was notorious for expanding the Malian empire beyond its original borders. The prosperous empire grew to span a sizable portion of West Africa. The empire stretched from the Atlantic coast to the inland trading hub of Timbuktu, and even parts of the Sahara Desert. As the territory grew while Musa was on the throne, so did the economic standing of its citizens.

Oddly enough, Jeff Bezos is one of the largest landowners in the United States. It is estimated that Jeff owns nearly 400,000 acres, worth around $1.21 billion. But Bezos’s real empire is Amazon.

From a humble beginning in 1994, Amazon is now one of the most valuable companies in the world. Bezos’s vision for Amazon arguably established and solidified ecommerce as the successor to retail. Amazon has not only scaled its ecommerce business, but expanded into different industries with AWS, Zoox, and Ring. Unlike Mansa Musa, as Mr. Bezos’s empire expands, citizens hardly see a penny of it. But Bezos’s, bank account sure does.

To better govern Mansa Musa’s vast territories of land, he divided his empire into provinces. Because his territories contained a multitude of tribes and ethnic groups, he needed to find a way to keep the peace and govern everyone accordingly. Each province was ruled by a governor (farba), personally appointed by the Mansa himself. This would translate seemingly to modern business.

Mr. Bezos’s Amazon empire has followed in a similar suit. Jeff has several people under him that help him manage the vast businesses and brands Amazon owns. For example, Jeff Wilke is the CEO of Worldwide Consumer. Under him he has Gur Kimchi, the VP of Prime Air and Tony Hsieh, the CEO of Zappos. Other examples of this style of organization include the different verticals of Amazon, like AWS or hardware (Kindle, Alexa, and Ring).

Despite the insanely large sums of money Mansa Musa and Jeff Bezos have, they share an additional interest by spreading their wealth for civic enrichment.

During Mansa Musa’s pilgrimage to Mecca, tall tales claim he built a mosque every Friday. He gave away so much gold that it destabilised the parts of the Egyptian economy for nearly twelve years. After Cairo, Mansa Musa would travel on to Arabia where he purchased land and houses so that pilgrims from Mali who followed in his footsteps would have a place to stay. The king was inspired by the holy sites he saw there and on his return to Mali, he was determined to make Mali a centre of knowledge in Africa.

The Mansa brought back architectes and teachers to help build schools, libraries, and mosques. He funded literature programs and schooling. Mansa Musa sent native religious scholars to Fez in Morocco to learn as much as they could and then return to Mali as teachers.

His building splurge led to the building of internationally famous cities such as Timbuktu. Timbuktu quickly became a centre of education and culture, as people from across the Muslim world travelled to study at what would become the Sankore University and pray at the famous Djinguereber Mosque. The king greatly encouraged Islamic learning, especially at Timbuktu. With its mosques, universities, and many Koranic schools, Timbuktu became not only the holiest city in the Sudan region of West Africa, but also an internationally famous centre of culture and religious study.

Bezos has followed in Mansa Musa’s philanthropic footsteps, after asking Twitter in 2017 for philanthropy ideas that can help “right now”.

In September of 2018, Mr. Bezos launched the $2 billion Bezos Day One Fund. It currently has two projects: the Day 1 Families Fund and the Day 1 Academies Fund. The Day 1 Academies Fund is launching a nonprofit that will eventually open preschools in underserved communities. The goal is to create high-quality Montessori-inspired schools that offer full scholarships. The schools will be run by Bezos himself. Well, that was the idea. Not too long after this statement, Jeff appointed former VP of Echo, Alexa, and the Appstore at Amazon, Mike George, to take over as president in 2019.

The Day 1 Families Fund is given to 24 charities combating homelessness. In 2019, he gave 24 nonprofits nearly $100 million to combat family homelessness in the US. Of those 24 organizations, 15 will receive $5 million grants; nine will receive $2.5 million. Traditionally, donors would guide the charity into spending the money as they see fit. However, Mr. Bezos is acting as a hands-off philanthropist and leaving the millions of dollars at the discretion of each charity.

To me, this is smokescreen. This isn’t philanthropy. What Mansa Musa did was hands on. Not only did he donate his money, but also his time and resources. I wrote about the real meaning of philanthropy here.

Bezos historically hasn’t prioritized philanthropy. In 2017, The New York Times reported that Bezos had only given about 1% of his wealth to charity. More likely than not, the money donated was from both Jeff and his ex-wife MacKenzie Bezos towards scientific research and other related causes. His parents have a fund called the Bezos Family Foundation that started a year after Jeff became a billionaire. More notably, Bezos has not signed The Giving Pledge.

Jeff Bezos’ ex-wife, MacKenzie Scott, who is now considered the third-richest woman in the world, signed the Giving Pledge in May 2019. In fact, she recently gave away $1.7 billion, but of course, earned it right back within days.

As the days roll on, what else will Jeff Bezos do in terms of philanthropy? Using Mansa Musa as an indicator, it appears (I really hope so) that Jeff is just getting started. Mr. Bezos announced the Bezos $10B Climate Pledge, which is designed to address the climate crisis by funding scientists, activists, and nongovernmental organizations. This is a record sum for Mr. Bezos, as the previous largest amount of money donated was $2B for his Day 1 Fund.

This act of kindness may not come from self interest, as Amazon workers have pressed their CEO to be more aggressive in its climate goals. Employees have staged walkouts and talked publicly about how the company could do better. With the Climate Pledge being announced, I predict Jeff will opt to not sign The Giving Pledge. He does not feel the need to join the ranks of his subordinates (in terms of net worth) and instead will continue to create separate pledges. Of which Andrew Carnegie would disapprove.

I wonder, as he gets older, will his viewpoint on philanthropy change? Currently he spends his time on Amazon and Blue Origin. With a few charity funds managed by other people here and there as well. It wouldn’t shock me if he starts a VC fund designed for eco-friendly businesses. Other than that, I don’t know if we will ever see him truly spend his money, time, and resources like Carnegie or Gates.

Despite their different approaches, both Mansa Musa and Jeff Bezos enjoy spreading science, education, and architecture to their communities. Leaving your wealth in the hands of others vs donating both your time and wealth seems to come with their own set of advantages. While it can be argued that simply enjoying this life and giving away your wealth in the future is noble, I’d argue it’s more noble to take on hard goals while living and dedicate your intellect to developing meaningful and sustainable solutions.
‍ 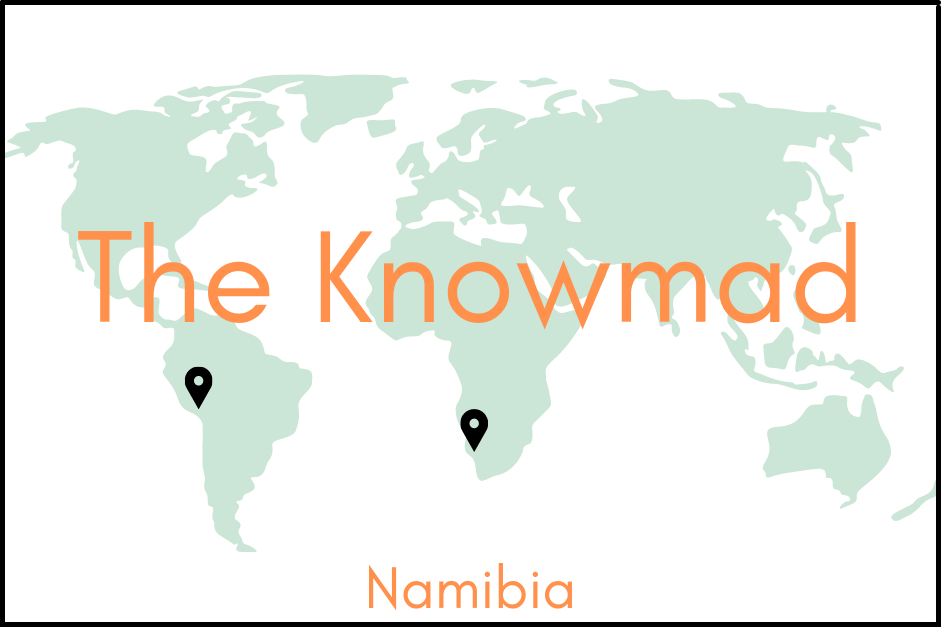 Ever since reading Duma as a little kid I wanted a pet Cheetah. I knew it was impractical, but it never stopped me from dreaming about it.
‍
5
minutes